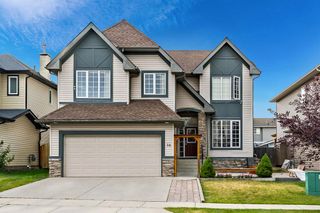 After a long period of disconnect between supply and demand, Calgary's detached housing sector is firmly in balanced territory. Sales were still 10 per cent below long-term trends in March, but above levels seen in recent years, while average inventory declined compared to last year, supporting price stability in the detached market.

"It's not so much that demand went through the roof in March, but that we had less supply come onto the market, which is really helping to balance things out," said CREB® president David P. Brown. "These changes are lifting the cloud of uncertainty for housing consumers and nicely positioning our market as we move into the more active spring season."

"Market conditions are quite different in the apartment sector," said CREB® chief economist Ann-Marie Lurie. "The additional supply coming from the new home sector is not easily reversed and the added competition is continuing to weigh on prices in the higher density sectors of the market."

City-wide inventory levels totaled 5,114 in March, 16 per cent below last year's levels. This is primarily driven by the 25 and 17 per cent contraction in the detached and attached markets. Inventory levels in the ownership apartment sector remain three per cent higher then levels recorded last year.

"The housing market transition in the first quarter appears to be consistent with trends in the labour market," said Lurie. "However, the way the rest of the year unfolds will be largely determined by what happens in the next two quarters, as nearly 60 per cent of all housing sales typically occur in that time frame."