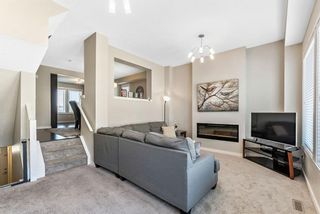 NEW PRICE! Looking for a beautifully upgraded, fully finished condo with your own private yard and deck? Here it is! This one-owner, well-maintained end unit...
View details...
RSS Feed

"While housing conditions continue to favour buyers, a slow transition toward more balanced conditions is helping to ease downward pressure on home prices," said CREB® chief economist Ann-Marie Lurie. "Conditions have improved over last year, but people need to remember that last year's market was one of the weakest on record. Despite the appearance of a major shift in activity, the transition in the housing market is going to be a slow process."

January sales totaled 947 units, 24 per cent above last year, but 21 per cent below 10-year averages for the month. Sales activity improved across all product types, but only when compared to the near record lows that occurred in January 2016.

The detached segment of the market is demonstrating the most improvement.  Sales activity totalled 584 units in January, a considerable improvement over the 466 sales recorded last year. Inventories have also declined pushing the months of supply to 3.2 months well below the 5.4 months recorded in January 2016.

"This past month showed how the market never stands still," said CREB® president David P. Brown. "The market isn't expected to be as unpredictable in 2017, but it's early in the year and there are still lots of unknowns that will shape decision-making for consumers."

"Every transaction is a personal decision and anyone going through the process of buying and selling real estate will be trying to make the best decision for their family. They need to consider their long-term objectives and think about the price they are willing to accept or pay for a home."